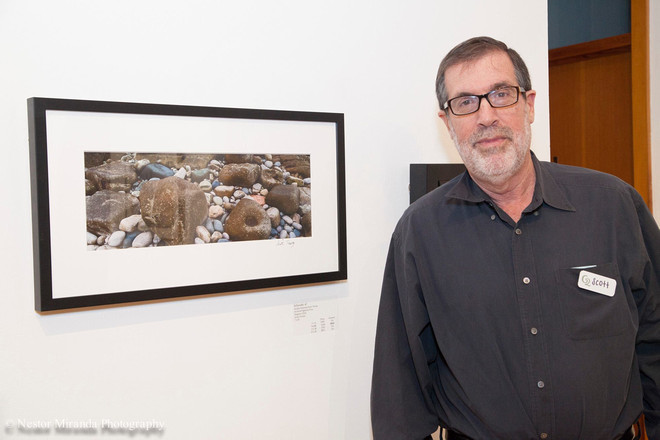 I have been taking photos as a serious pursuit for over 40 years. I became hooked on the panoramic format in 1977 when I purchased a 6 x 17 camera. Panoramic views are wide views, but not wide-angle images. A panoramic image is described as an image where the longer side has an aspect ratio of at least 2:1.  Most of my images have a greater aspect ratio than 2:1. Since then, I have concentrated on the panoramic format. In the early 1990's, I started submitting panoramic images to a stock agency, Panoramic Images. My photos have been published in a wide range of media, including annual report covers, Consumer Reports and Audubon Magazine.

Although I have been taking photographs for over 40 years, all the images on this website have been created since 2010. That year I purchased a medium format digital camera. I discovered that could make images with that camera that equalled or surpassed the images that were created with my 6x17 analogue camera.  Furthermore, I am able to control the entire process from image capture though the print; while in my analogue days, I was able only to control the image capture. Also, I became more productive with the digital camera than I was with the analogue cameras. I could experiment more. Not all of my experiments were successful, but a great percentage were. This allowed me to grow as a photographer.

The images are divided into four categories: Landscapes, Abstract Landscapes, Cityscapes and Themed Images. Landscapes and Cityscape images are self-explanatory. However, the Abstract Landscapes and Themed Images need more explanation. In 2014, I started to take abstract, intimate landscape images as a part of my artistic expression.  Instead of looking for grand vistas, I searched for images a few feet from me. I started in Maine, then added Point Lobos. Later on I made intimate images in Svalbard and Israel.  In those two locations, I expanded the abstract images to subjects that were further away, but were only slices of the subject  I was looking at .  I will continue exploring these artistic paths in the future. Themed images are related images, however they are not from one location.  The first set of themed images is Sacred Spaces.  This theme started with Churches and Synagogues in Europe.  I have expanded this theme with images from Los Angeles and Israel.  Temple Mount Images and the Church of the Holy Sepulchre are located in the Sacred Spaces instead of Jerusalem; and the Safed Synagogue images are also located here. I have expanded the Sacred Spaces theme to include Mosques. The other main theme is Harbors and Shipping. I am fascinated about shipping, and I hope to expand this collection in the future.

If anyone need to use these images for stock photography purposes, please contact www.panramicimages.com.